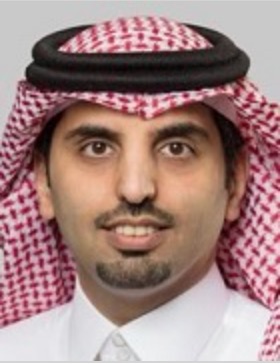 Majed Al Mazyad has a hands on experience in the field of ICT spanning for more than 16 years. He is an experienced executive who has demonstrated technical and leadership skills at both the national and international levels. He has actively contributed in the development of important policies and regulations that helped shaping the telecom market in the Kingdom, boosting competition, and maintaining a good mix of market and regulatory involvement. After his achievements in many leading positions, he was appointed in 2017 as a Deputy Governor for Technology and Infrastructure Sector of CITC and continued his quality achievements including enabling the development of the Mobile Internet and quadrupling its speed in less than 2 year and enabling the early adoption of emerging technologies.

Given his confirmed managerial experience coupled with a deep understanding of the global dynamics of the cyberspace, he was appointed as a Vice Governor for international cooperation of the National cybersecurity Authority. Majed graduated from the Sloan School of Management ( MIT) after the completion of the executive programs for Leadership including the Advanced Executive Certificate in Management, Innovation and Technology (AEC). He received his Bachelor’s degree in Electrical Engineering from the Missouri University of Science and Technology and his Master’s degree in Engineering Management from Washington University in St. Louis.