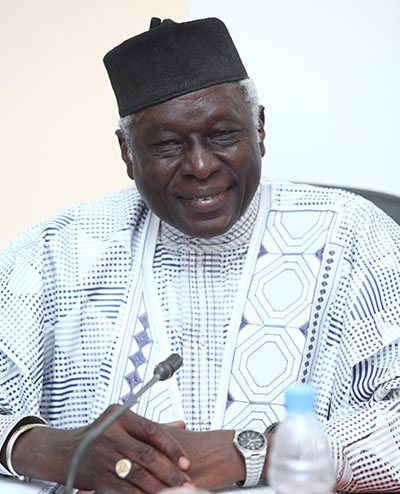 Adama Samassékou from Mali is the current president, with ministerial rank, of the African Academy of Languages. Born in 1946 in Mali, he served between July 2002 and December 2003 as the President of the PrepCom of the Geneva phase of the World Summit on the Information Society (WSIS). Previously, he was Malian Minister of Education (1993-2000) and former spokesperson for the Government of Mali (1997-2000). Since 2003, he is a member of the Haut Conseil de la Francophonie.